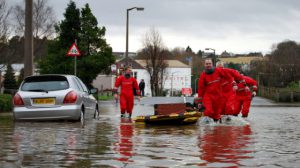 The RESIN project is investigating climate change adaptation practices in European cities and assessing impact and vulnerability in order to develop standardised methodologies and decision support tools that cities can use to develop local adaptation strategies. The project is building on previous research by combining existing approaches to climate change adaptation and disaster risk management to develop an innovative, holistic approach that takes into account all of the core elements of the urban system and the ways in which they are interrelated.

The project is moving past local, city-specific approaches to climate change adaptation and towards developing central frameworks for cities to learn from other cities’ experience when developing adaptation strategies for their own local contexts. The project is working with European standardisation organisations with a view to contributing to the formal standardisation of adaptation tools and approaches. This will allow cities to share and compare knowledge and capabilities and for cities to support one another in developing their capacity for resilience.

The project’s research partners are developing an urban typology that will characterise European cities according to a number of features (such as morphology, size, economic and infrastructural texture, etc.) in order to facilitate knowledge sharing and comparisons between them. The urban typology will be an important contribution to the standardisation process.

These objectives are made possible through the collaboration between researchers and cities, which is a central element of the project’s operations.

The project’s research organisations are working in close partnership with the project’s 4 core cities: to co-create the RESIN methodologies and tools to ensure that these are tailored to cities’ needs. Evaluation and testing This cooperation allows immediate testing and evaluation of the tools the partners develop, and subsequent progress is informed and guided by the effectiveness and outcomes of the pilot testing of the tools. The researchers use data provided by the core cities to analyse and characterise their current processes and policies related to climate adaptation.